You are here: Home / Shopify / 29+ Shopify Questions: Is Shopify Legit & Free, Is Shopify Good for Beginners, Is Shopify Worth It?

Some of the links you’ll encounter are affiliate links. If you click and buy something, I may get a commission at no extra cost to you. Read full disclosure here.

In this Q&A post, I am going to answer the most common Shopify questions I have seen beginners asking. Shopify is a popular eCommerce platform that’s suitable for building an online store. And for this reason, there is a lot of confusion around the platform.

Without further ado, let’s dive straight into the most popular Shopify questions.

Shopify is a robust e-commerce platform that allows anyone to build and manage an online store, without any technical skill. Merchants can also sell their products in a physical store and leverage the Shopify POS feature to manage sales and inventory. Also, If you already have an existing website or you are selling products on Facebook, you can easily integrate it with Shopify.

2. Is Shopify Legit and Safe?

A big Yes. Shopify is legit and safe to use. The platform is a publicly-traded company with audited software and a potent security system. In 2020 alone, the company made 2.93 billion dollars in revenue. And they publish their quarterly income statement on a regular basis.

3. Is Shopify Good for Beginners?

Considering the plethora of features Shopify provides for managing an online store, the platform is a suitable choice for beginners. Shopify is easy to use, you can set up an online store in a couple of minutes, and if you need further assistance, you can easily reach out to the customer support team via phone calls, email, live chat or you can find answers to your questions from the Shopify community forum.

4. Can you Make Money on Shopify?

The short answer is YES. If you build your e-commerce store on Shopify and drive the right traffic to your store, you can make a lot of money. The idea is simple. Shopify only makes you money when you sell good products and bring paying customers to your store. A quick way to get shoppers to your store is through paid advertisements on Google, Facebook, Instagram, etc.

No, Shopify isn’t free. But you can enjoy a 14-day free trial to set up a fully-functional online store, with no credit card required. Considering the number of mouth-watering e-commerce features Shopify provides, I think it’s even unfair to assume the platform is free. However, with the cheapest plan at $29 per month, you can access some cool features to build and manage your online store efficiently.

6. Can You Run a Restaurant on Shopify?

7. Is Shopify Dropshipping Worth It?

8. Can you Sell CBD on Shopify?

Yes, you can sell CBD on Shopify. The platform allows merchants to sell any kind of products they want. However, merchants selling high-risk products like CBD are restricted from using Shopify’s internal payment gateway called Shopify Payments. This means they need to rely on a third-party gateway like PayPal to receive payment, which attracts transaction fees per sale.

Yes, Shopify is a website builder like WordPress. But unlike WordPress, Shopify is specially designed for creating online stores, and it contains robust tools that enhance this process. Also, other website builders like Wix are suitable for creating e-commerce stores, but it will take more time and the result might not be perfect as that of Shopify.

10. Who are Shopify’s Competitors?

The fact that Shopify is one of the best e-commerce platforms doesn’t rule out other platforms. Shopify has tons of competitors doing great too, including BigCommerce, Magento, Volusion, SquareSpace, WordPress WooCommerce, etc. The cost of these platforms is almost the same as that of Shopify, except for WordPress that doesn’t work with monthly pricing.

One of the beauties of Shopify is that it’s easily customizable. You certainly need no technical skill to use the platform (although it will be a great addition if you know how to code). Once you install a theme, you can start designing your store as it suits you through the theme customization section. Shopify allows flexible customization of its themes, it has tons of settings you can modify with a few drags & drops, and clicks.

12. Which is Better, Shopify or Shopify Plus?

Both Shopify and Shopify Plus offer key ecommerce functionality and the same dashboard. The significant difference is that Shopify Plus allows more flexibility, sophisticated tools, and advanced support options. The former is a great option if you are starting out with a minimal budget, while the latter is designed for big brands doing 6-figure income per month.

Shopify is like amazon in the sense that you can create an amazon-standard store in a couple of hours. Shopify is a flexible ecommerce platform that allows advanced product customization; this allows merchants to build a store that matches the standard of Amazon or any other online store. However, Amazon is a marketplace of plenty of sellers, you can only sell your products on it and you have to compete with thousands of other sellers, but you have 100% ownership of your Shopify store.

14. Does Shopify take a Percentage of Sales?

The answer is YES and NO. If you use Shopify’s payment processor called Shopify payments, you don’t have to worry about transaction fees. But if you use an external gateway like PayPal, you will be charged 2%, 1%, and 0.5% on basic, Shopify, and the Advanced Shopify plan respectively.

Yes, Shopify is worth it. Over 1million businesses are currently using Shopify to sell their products. There is also a Shopify for enterprise plan that’s suitable for brands doing an insane number of sales per month. Shopify as an ecommerce platform is worth it since it’s perfect for both small-scale businesses and large-scale businesses.

No, Shopify is a fully-hosted platform. This means once you pay for a monthly plan, you don’t need to worry about hosting anymore. Every Shopify plan comes with secure hosting, including an SSL certificate to protect your store from hackers.

If you think about what you can enjoy with Shopify, you will agree that the platform isn’t expensive. With the basic plan at $29 per month, you can set up a fully-functional online store in a couple of minutes. Other plans are ‘Shopify’ at $79 per month, ‘Advanced Shopify’ at $229 per month, and ‘Shopify Plus’ starting at $2000 per month. If you are curious to know more about the plans and what you can enjoy on each plan, check this: How much does Shopify cost per month?

18. What Shopify Plan Should I Choose?

This depends on your goal and budget. If you are on a small budget and need a standard online store, the ‘basic’ plan ($29 monthly) is a good start. If you want more advanced features, the ‘Shopify’ plan ($79 monthly) is a perfect choice. ‘Advanced Shopify’ ($299 per month) is suitable for merchants doing massive numbers of sales and needs extended functionality. Lastly, ‘Shopify Plus’ (minimum $2000) is meant for brands doing big numbers. Seeing the benefits of Shopify Plus, the price is worth it.

19. Can You Sell Digital Products on Shopify?

Yes, you can comfortably sell digital products on Shopify. In the Shopify app store, there are digital download apps that allow you to set up downloads for digital products. So once your customers pay for the products, they can access a link to enable them to download the products. Let’s say you want to sell e-books on your store, you can achieve it with Shopify.

Shopify is probably one of the easiest e-commerce platforms for building an online store. Once you sign up for a free trial, you only need to add a theme, add your products, and start selling. Every other customization is accessible from your account dashboard.

21. Does Shopify use Stripe?

22. Is Shopify Just for Dropshipping?

No, Shopify is a complete e-commerce platform that’s created for selling anything online. But due to the popularity of Shopify dropshipping, a lot of people thought the platform is perfect for only dropshipping.

The answer is YES. If you build an online store with Shopify and sell the right products to the right audience, then your Shopify store will be profitable, and vice versa.

24. Can you Sell Services on Shopify?

This is one of the most common Shopify questions I always get. Yes, you can sell services, digital products, and physical products on Shopify. You can sell pretty much anything with Shopify.

No, Shopify is a fully-hosted platform, meaning the platform hosts your store on its server so you don’t have to pay for hosting anymore. Every plan, except ‘Lite’, comes with a hosting package.

26. Is Shopify Good for Small Businesses?

Shopify is suitable for any level of business, whether big or small. For small businesses, the ‘basic’ and ‘advanced’ plans are perfect to set the ball rolling, while higher plans are the best for big-scale businesses.

27. Can You Sell Photos on Shopify?

Yes, you can sell photos and art on Shopify. Since stock photos are digital products, you will need a digital download app to successfully sell photos on Shopify. Check my guide on Shopify for Photographers.

28. Is Shopify Good for Selling Art?

Yes, Shopify is perfect for selling your artwork. To learn more about that, check my guide on Shopify for Artists.

29. Is Shopify or WooCommerce Better?

Shopify and WooCommerce are both powerful online store builders, the former is easier to use and manage while the latter needs a certain level of technical skill to manage. Once you pay for a Shopify plan, you get everything ready for you, including hosting, marketing tools, etc. As for WooCommerce, you still need to manage everything separately.

Do you have more Shopify questions you want me to include in this Q&A, ask them in the comment sections below. You can sign up for a 14-day free trial now. And if you want a discount, you should sign up for a Shopify yearly plan to get 10$ cut off on all plans. 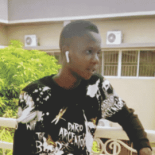